The Grimport Crawler folder contains multiple files and folders as shown in the picture below. 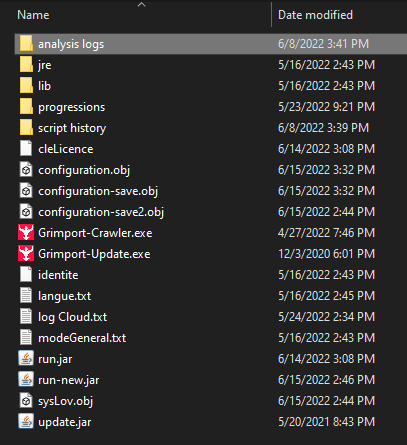